A few years ago when I first searched for nearby returnable, refillable bottle options for alcoholic drinks I found nothing, but this time my internet trawling revealed two new independent brewers offering refillable growlers and squealers near my home. I also found a local brewery and distillery implementing great sustainability initiatives, so I’ve included them in this post too.

What are Growlers and Squealers?

Growlers and Squealers are airtight jugs that people can fill and refill with their favourite beer or cider from the tap.

The difference between Growlers and Squealers is that Growlers hold 1.89 litres of beer (about a 6 pack), whereas Squealers hold half that amount, at just under a litre (about 3 beers).

A Growler or Squealer will last four weeks unopened, but once opened the beer starts to oxidise and loose carbonation, so it should be consumed within 24 hours. The Squealer is a great option for having one or two drinks rather than a whole Growler, but you could always share with others. 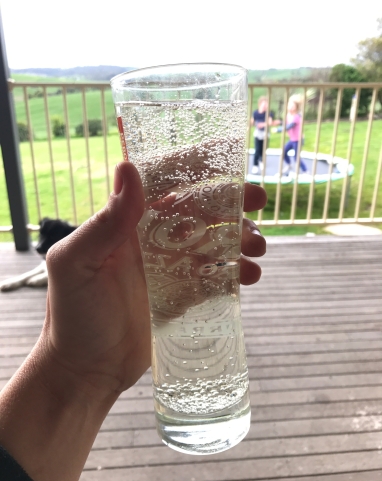 Howler Brewing Company has been open for a bit over a year and is 10 minutes from my home. Here’s a nice article about them from gipps.land.ol.o.gy.

I got a Growler filled with ‘She’ll Be Apples Cider‘ which is produced in Officer exclusively for them (only another 40 minutes away). I love cider so I’m glad to have this option!

At Howler Brewing Company you buy a Growler bottle for $20 or a Squealer bottle for $15 and it’s yours forever. Then you fill them up with beer or cider when you visit and take them home to consume. The cost for filling the Growlers ranges from $20 to $24 depending on what you choose, and for the Squealers it’s $10 – $13.

The Burra Brewing Co. is a microbrewery in Korumburra that only just opened! I love that their website says “We are embracing sustainability by offering our refillable growlers and squealers. This does away with all unnecessary packaging. Simply our freshest brews for you to enjoy at home. Drop in and grab one today.” Also, their spent grain is used as feed and all the cardboard goes to Uncle Bob’s.

At Burra Brewing Co. you pay for the bottle once but you don’t keep it, you exchange the bottle each time you go for a refill so that they can do the cleaning for you. So you take your used bottle back and they fill a fresh one for you.

Also very close to me is the Loch Brewery & Distillery which brews real ales, makes gin and vodka, and single malt whiskey. I had a great conversation with one of the owners, Craig Johnson, about how sustainability is a core part of their business. They’ve repurposed an old bank building and butchery for their brewery, distillery, cellar door and home. The copper distillery equipment wasn’t available in Australia but the rest of the equipment was made from locally sourced materials in Leongatha. Even the hop frames and tables are made from local cypress.

In addition the spent grain goes to a farmer one kilometre down the road and all the cardboard boxes are recycled. They capture rain water for the stills and recycle cooling water in a system that allows them to capture the heat for their home. This means they no longer have to cool down the hot water and have reduced the energy needed to heat their home. They limit their use of chemicals and actually don’t add preservatives to their beers, the beer is all natural and without the addition of carbon dioxide to carbonate them. Impressively, production of the gin is 100% powered by solar panels. Overall, they’ve been able to offset 80% of their carbon footprint with solar energy. The only reason they haven’t gone higher than this is because they ran out of roof space!

But, do they provide the option of returnable refillable bottles? Well no, but never say never. There’s a couple of reasons this hasn’t happened, for instance the small size of the business and the space that might be needed, quality control of the product, and, it was only two or three months ago that they implemented a keg and tap system at their cellar door due to growth of the business. Craig said this has reduced their waste and recycling by 90%! So, they have considered Growlers before and will continue to evaluate the situation. In the meantime Craig actively encourages people to reuse their bottles and supplies used bottles to home brewers.

It feels good to be supporting locals and the local economy while caring for the environment!

Try these websites to see if there are any Growler refilling stations near you:

I’ve also added these businesses to my Where To Shop Plastic and Package Free In Gippsland page, so let me know if there are other alcohol refill options in Gippsland – I still need to find a way to refill wine!!

What People Are Saying

“I am inspired by your blog and Instagram, so please keep blogging forever!”   Kim

“Your blog is fabulous and I love what you’re doing, you’ve given me so many ideas and empowered me to deal with my own stuff properly (and to minimise it to begin with). You’re doing a fab job and I’m really a mad keen fan!!!”   Cathy

“I’d just like to say thank you for all that you share. You give clear, practical and achievable alternatives to the vast amounts of plastic in our lives. I love your work!”   Kellie

Can’t find what you’re looking for?